The fast-growing field of virtual reality is an increasingly common part of worker training, from hospitals to coal mines and athletic fields. Now, employers also are tapping VR to help recruit, train and retain employees with VR simulations. By giving new recruits and old hands immersive yet novel experiences that seem more like play than work, VR can inject enthusiasm and engagement where they may be lacking, helping employees see their jobs in a more positive light. 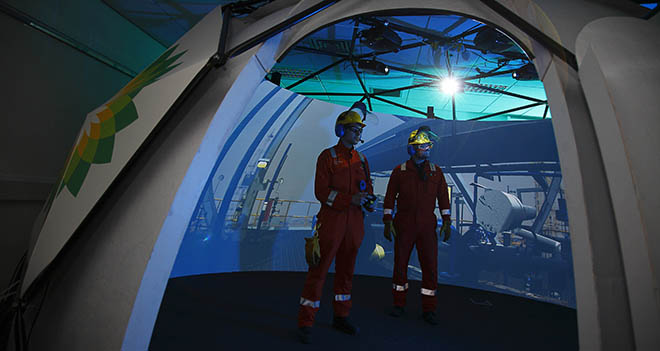 BP uses virtual reality to train their employees in start-up and emergency exit procedures at its oil refinery in Hull, England. Employees were able to learn from mistakes in the virtual world and thus reduce the probability of making the same error in the real world – an error which could ultimately cost someone’s life.

How is ExxonMobil Using VR?

ExxonMobil is using VR for safety training. Users can put on a helmet and headphones, grab a controller and plug into the virtual world, engaging multiple senses. They can turn their heads, walk around and watch the VR world react. And long after the game is over, the skills learned remain relevant. For oil and gas operators, practice in a digital garage simulation is more than a game – it’s a lesson.

Immersive simulations can transport VR users onto the loading dock of a liquefied natural gas (LNG) tanker, where they spend a day on the job assessing and reacting to different scenarios, from the mundane to the complex. The experiences allow employees to hone their instincts, catch their mistakes and make instant decisions so that they’re better equipped to work smarter and safer. 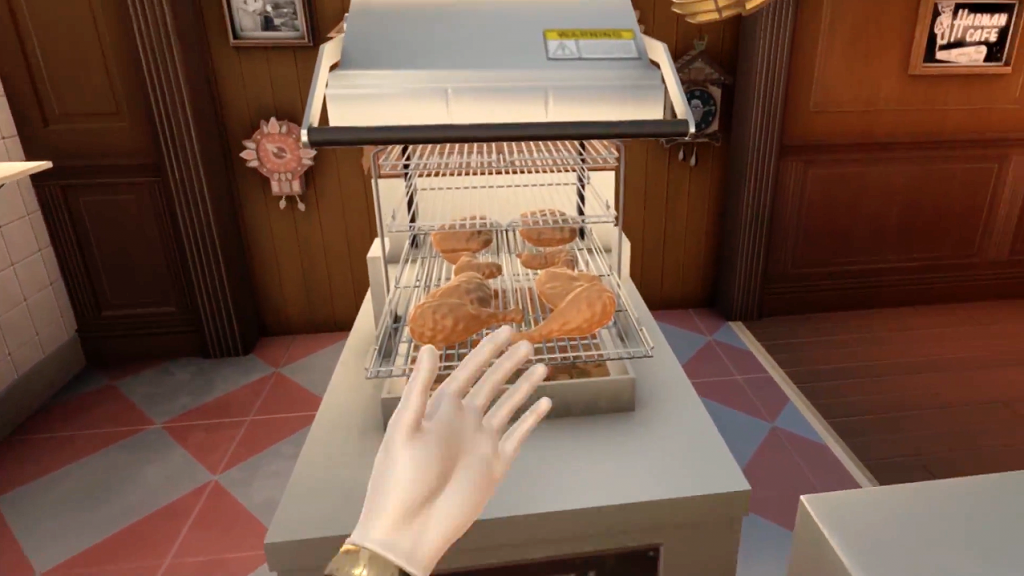 If you land a job in Kentucky Fried Chicken over the next few years you could find yourself being trained using VR. This is thanks to the fast-food company developing a virtual employee training escape room designed to teach its employees how to prepare that greasy but oh-so-good chicken.

The Hard Way (a reference to preparing fried chicken by hand) is KFC’s new virtual reality training simulator. If it’s ever actually used in the wild it means employees will be trained in the ways of Kentucky Fried Chicken by completing a creepy and unsettling virtual reality game.

In the game, you are whisked to what looks like the back-office of a KFC. There, you have to prepare and cook chicken the KFC way, all while a disembodied and omnipresent Colonel Sanders barks orders and issues some words of wisdom.

This isn’t actually being used yet, but Kentucky Fried Chicken claims it will eventually become part of its training program.

UPS will begin training student delivery drivers using virtual reality headsets starting in September at nine of its teaching facilities. Those in training will wear headsets like the HTC Vive that will show a simulation of the road and hazards. The simulations were created in-house and the training modules will test students in identifying pedestrians, parked cars, and oncoming traffic.

The VR experience students will use are realistic streetscapes and part of a 360-degree world. VR complements real-world training in a way that deeply engages our employees.

UPS says the VR headsets will replace touchscreen devices that are currently used. The training program will also only launch for preparing employees who will drive package-delivery trucks. In the future, UPS says it plans on using more VR and AR for other training purposes.

Walmart’s 200 “Walmart Academy” training centers are all planning to incorporate virtual reality by the end of 2017, after an earlier pilot program. New Walmart employees will put on an Oculus Rift headset and enter different real-world scenarios, during which they’ll be asked to make simple choices based on what they see.

Training simulators have been part of VR since the very beginning, but they’re more frequently associated with industrial labor or military training than with service work. The goal here is to put employees in scenarios that would be inconvenient to physically re-create — like dealing with spills or preparing for a Black Friday shopping spree.

The potential of VR training

How much we can expect virtual reality to truly impact corporate training is a complex equation. Employee training covers an overwhelmingly broad set of topics, from basic manual labor methods all the way through executive leadership development. In its early application, VR’s impact on training will focus on safety and manual practice, where many jobs require skilled and practiced movement. This is especially the case where safety is of huge concern.

For leadership development, VR could be utilized to create an office working environment where leaders have to practice the company’s leadership model. However, this use of VR would only waste money, time and resources while frustrating most executives and possibly causing a backlash. Using VR to hone soft skills is just a poor fit for now.

The implementation adds to the complexity of the VR equation. VR programs are exceptionally complex and, as a result, exceptionally expensive … until now. Using Viar360 you can build training experiences on your own. All you need is a 360-degree camera and you are good to go.

facebooktwitterlinkedinredditwhatsapptumblrpinterestvkEmail
We use cookies to ensure that we give you the best experience on our website. If you continue to use this site we will assume that you are happy with it.Ok